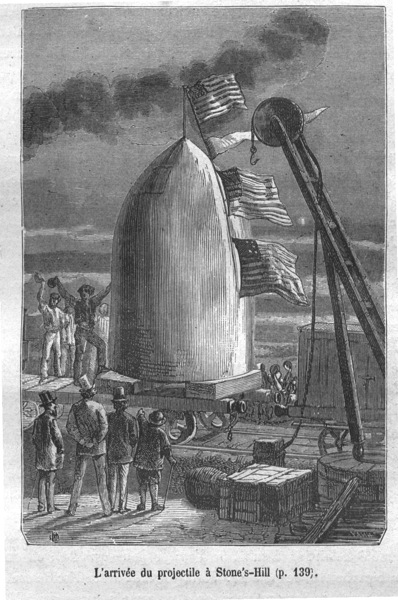 It must have been 1994 or 1995 that I first spoke at a festival session about the Future of the Book. I remember Madonna had just announced that the best thing to curl up in bed with was a good book and I said that although I could think of a few better things, a book was a lot better than a computer. John Marsden was there and said that, even though I was only 20 or 21 I was too old to go to bed with a teddy bear. My first book had just come out, my first play was just about to be performed, and there was talk about combining them into an “interactive” CD-ROM that people could play on, for example, an Apple Macintosh LC 520 that weighed 20 kilograms and displaced 65 litres. The CD-ROM never happened; it would have been terrible, because nobody wanted to curl up in bed with a computer.

Now I’m about to go to bed with a computer that weighs 300 grams, has 100 times the speed and 1,000 times the capacity of my old Mac, and can connect to the Internet 10,000 times faster without even wires. It displays text that is hardly distinguishable from the highest quality print. A lot has changed in 20 years: all of us are older (except maybe Madonna) and the book seems to have a very different future than it did back then. Some people are embracing e-books as a religion and claim they’ll never go back. Many are sticking to their paper books with the same determination. But for most people, most of the time, the decision between paper and electronic will be similar to the decision between hardback and paperback, or between going to the movies or watching the movie at home—based mostly on price, convenience, timing and availability. Electronic formats are going to be a big part of the book’s future. They’re already a big part of its present.

I’ve spent a lot of the last few years thinking about the opportunities and challenges of this shift: instant worldwide sales, yes, but just as convenient piracy; higher royalties but lower prices; easier to publish but harder to get noticed. I touched on these issues at the Sydney Writers’ Festival in 2007 but they came together most coherently, I think, in my essay Body and Soul: Copyright Law and Enforcement in the Age of the Electronic Book, which won Australian Book Review’s Calibre Prize in 2012. That essay was above all an exhortation to stop worrying about the sky falling in—cheap e-books, pirate hordes—and to accept the manifest realities of the new world and deal with them creatively.

Well, that was easy for me to say—as a fairly obscure mid-list (on a good day) author without a current publisher and no e-books even out there. So I decided to put some skin in the game, whatever that means, and started to release my older books on the Kindle Store. I learned about the various formats and devices and their limitations and workarounds. I played around with covers and fonts and layouts. I had free promotions and sent review copies and sometimes I really missed my old publishers and sometimes not so much. And I dreamed of a world where the strengths of traditional publishing and the opportunities of the digital age could be brought together for writers like me.

Ligature is my small contribution to that world, and today seems as good a time as any to launch it. In its first phase Ligature is publishing electronic editions of terrific Australian books that have previously been published but have either gone out of print or never been available outside Australia. They are all available DRM-free on the Kindle Store, the iBookstore, the Kobo Store and the Ligature bookshop.

As well as my own books there are three of my mother Gillian Rubinstein’s classic young adult novels, all of them winners or honour books in the Children’s Book Council of Australia Book of the Year: Beyond the Labyrinth, Foxspell and Galax-Arena. These are all dark, challenging, transporting reads that have between them prefigured much of contemporary young adult literature. Booker Prize-winner Eleanor Catton recently cited Galax-Arena as an influence—“Books for children are always ethically and morally concerned, they’re nearly always extremely funny, and they’re always, always mysteries. Systematised magic, in children’s literature, is comparable to the perimeters of the philosophical thought experiment”—and the same could be said of all of Gill’s books.

We are also publishing the international edition of The Storyteller and his Three Daughters by Gill’s alter ego Lian Hearn, author of the phenomenally successful Tales of the Otori which have sold many millions of copies worldwide. The Storyteller is an exquisite story about stories and their tellers set in Meiji-era Japan. This edition is available outside Australia and New Zealand exclusively to Ligature.

Moving outside the family—but still within the extended family of children’s literature—we have Mem Fox’s fascinating and hilarious memoir Mem’s the Word, which apart from anything else is the most revealing account of the life of an author you’re likely to read. Mem’s the Word is still in print in the US and Canada but is available from Ligature everywhere else.

I’m also delighted to be releasing five of Garry Disher’s literary novels and collections. Garry is very well known internationally for his crime series and his young adult novels; his literary fiction combines the taut plotting of those genres with a lyrical sensibility and a poetic style. His Booker-nominated The Sunken Road and the sweeping wartime drama Past the Headlands are already available [The Sunken Road has since reverted], with The Stencil Man, Flamingo Gate and Straight, Bent & Barbara Vine to come.

Our first day-and-date release will be Abbas El-Zein’s remarkable collection of short stories, The Secret Maker of the World, which will be published in late February by UQP in Australia and New Zealand and by Ligature throughout the rest of the world. We have already published Abbas’s NSW Premier’s Award-winning memoir Leave to Remain and will be publishing his first novel, Tell the Running Water, in the next month or so.

I’m in negotiations with a number of great Australian authors and their agents and will be bringing many brilliant books back to life this year and into the future.

The next phase will focus on working up and publishing new manuscripts by both published and unpublished authors, inviting published writers and experienced editors to choose promising manuscripts, assist in their development and share in their success. All writers published by Ligature are asked to be editors, and the first manuscript submitted to the process is my existential superhero noir The Last Man. I’m hoping one of our great writers present or future will help me bring out its best.

If you’d like to be a part of Ligature, please let me know.

In the meantime, I’m off to bed with all the books in the world.