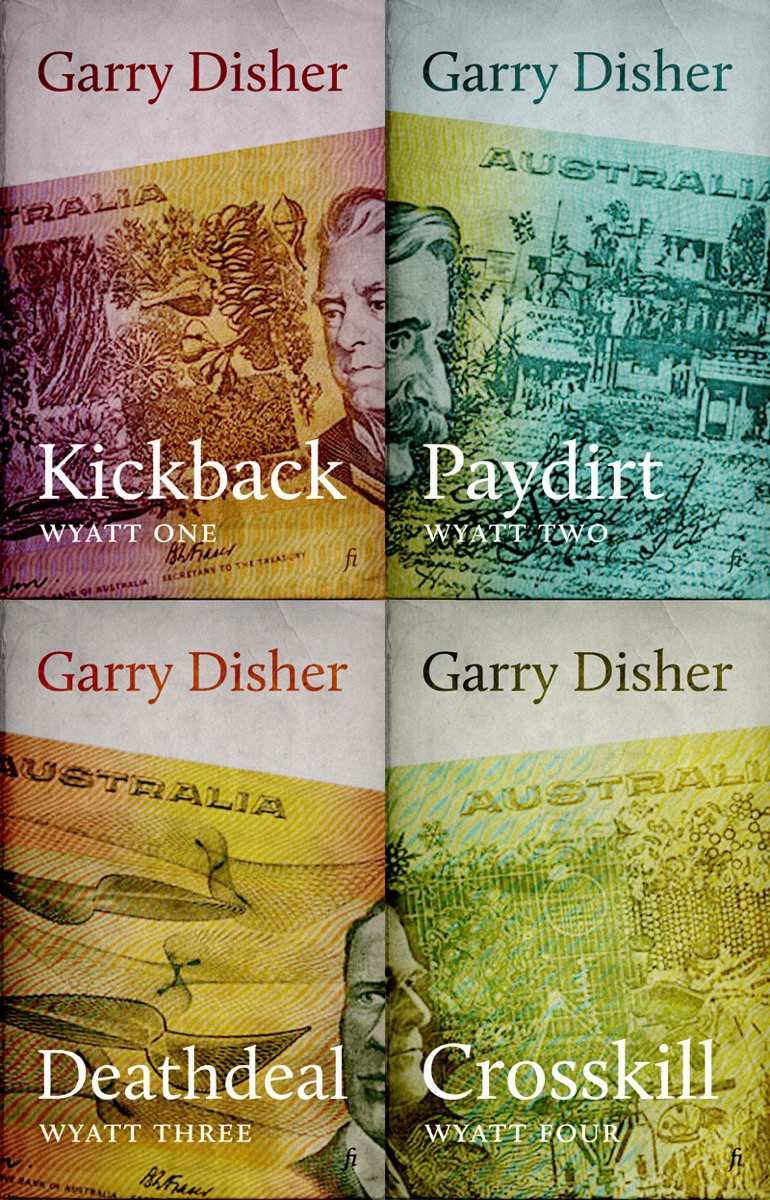 Garry Disher’s latest book in his best-selling and critically-acclaimed Wyatt series, Kill Shot, is out now from the excellent people at Text. This is the ninth outing for the hard-boiled, hard-bitten and frequently hard-up criminal—the last one, The Heat, was longlisted for the International Dublin Literary Award in 2017, and Garry himself won the prestigious Ned Kelly Lifetime Achievement award for his crime fiction in August 2018.

The first four Wyatt novels—Kickback, Paydirt, Deathdeal and Crosskill—are available in electronic editions from Ligature. They are among our best-selling books and have tons of five-star reviews between them.

The series hits the ground running, and the first four books see Wyatt entangled in hits and heists from a noirish Melbourne to a rural South Australian outpost and on to a seedy Brisbane and Gold Coast as the jobs get bigger and more dangerous and Wyatt’s enemies grow more powerful and numerous. Each of the books builds on the last while standing on its own as a perfectly constructed crime thriller.

If you’ve read the recent Wyatts, or you’re about to—and you really should—then go back to where it all began with these classics of Australian crime writing.

‘Look up “hard-boiled” in the dictionary and you may well see a photo of everyone’s favourite master thief: Wyatt, Garry Disher’s taut, repressed old-style villain… Kill Shot is just as classy and enjoyable as Wyatts one through eight, propelled by Disher’s impeccable plotting and brilliant narrative drive, characterisation and pace.’ — The Saturday Paper

‘For the connoisseur of crime the Wyatt series represents Disher at his stylish best… wicked and wonderful. Welcome back, Wyatt.’  — Sydney Morning Herald

‘Garry Disher is one of Australia’s most exceptional crime writers… The spare and sparse language, particularly in the way Disher frames the landscape, makes lines leap from the page.’ — Good Reading