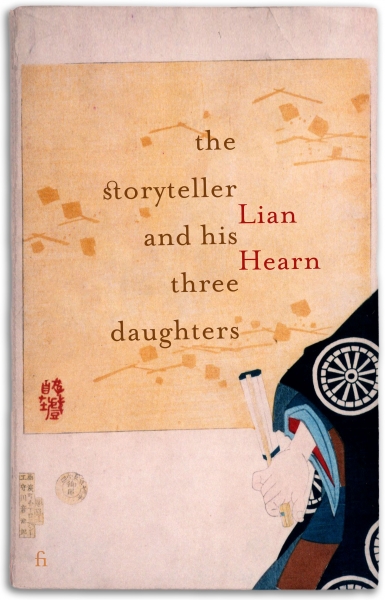 From the author of the international best-selling Tales of the Otori comes a new story about the seduction and peril of stories themselves: the power they hold over their tellers and listeners, and the way they can shape both the past and the future.

Japan in the late 19th century is redefining itself as it opens itself up to the world. The yose theatres are filling with foreign stories, from Charles Dickens to Victor Hugo, and professional rakugo storyteller Akabane Sei IX is enlisted by a group of political agitators to turn public sentiment against Korea to reassert Japan's pride as an international power. But Sei's stories are not so easily bent to any purpose but their own, and he finds himself drawn deeper into the jostling of shadowy forces and rival nations. And then there is the matter of his daughters...

‘For readers who want to be entertained, but not at the cost of good writing, The Storyteller and His Three Daughters is the best kind of novel – exquisitely crafted prose, fully developed, believable characters, well researched historically – and above all, a gripping plot... This technical mastery, combined with rich historical research and a page-turning plot, confirms Hearn as a master storyteller worthy of her protagonist’s respect.’ – The Sydney Morning Herald