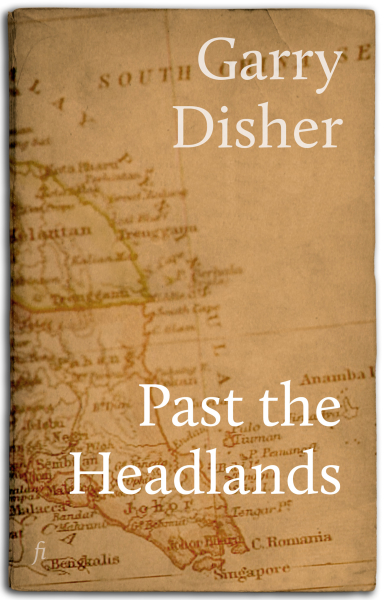 Past the Headlands is a sweeping story of north-west Australia and south-east Asia at the beginning of the Pacific War in 1941. The fall of Malaya and Singapore and the bombing of Darwin—what looked like the invasion of Australia—ebb and crash over a man’s long search to find a home and a woman’s determination to keep hers, connected by old memories and new betrayals. It is a thriller and a romance, a story of earth and water, air and metal—an unforgettable ride through the most precarious time in our region's recent history.

‘Past the Headlands came from the same World War 2 research as The Stencil Man. I was struck by the power of two documents. The first was a letter written by a woman alone on a cattle station near Broome in 1942, at the time the Japanese were overrunning Malaya and Singapore and bombing areas of northern Australia. One day she found herself giving shelter to Dutch colonial officers and their families, who were fleeing Sumatra and Java ahead of the Japanese advance (many people like them lost their lives when Japanese planes shot up their waiting seaplanes in Broome Harbour in March, 1942). This woman stuck in my head (the isolation, the danger, the efforts to communicate, her bravery, etc).

The second document was a war diary written by an Australian army surgeon who escaped Singapore ahead of the Japanese and was stuck in Sumatra, trying to get out. Here he treated many of the civilians (and Australian Army deserters) fleeing from Singapore. He was captured by the Japanese, but survived the war. But his last few diary entries detail how he and a mate were waiting for a plane or a ship to take them out, then one day he wrote, “Davis [his mate] left last night without telling me”. So much for mateship.

I spent years trying to find my way into their stories. At one stage I spent a year writing 40,000 words before realising it wouldn’t work. I put it aside, then realised one subplot didn’t belong, so extracted it and turned it into a separate novel The Divine Wind, which has sold 100,000 copies around the world, won a major award and been published as both a young adult and a general market novel.

But cutting it out like that freed me up to write about the woman and the man betrayed by his mate, in Past the Headlands.’