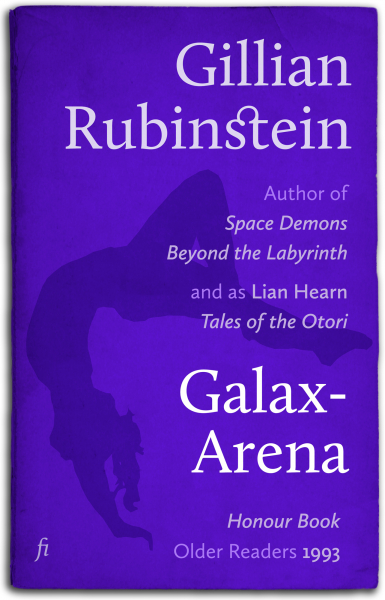 Before The Hunger Games—even before Battle Royale—there was the Galax-Arena, where children are pitted against each other for the benefit of a shadowy audience that feeds on their fear. A Children's Book Council of Australia Honour Book for Older Readers, Galax-Arena is a dark, uncompromising thriller and a cult classic.

Joella, her brother Peter and her sister Liane, are kidnapped and transported to become entertainers for an alien species. Many of the performing children are desaparecidos—the disappeared—kidnapped from third world slums and chosen for their extraordinary gymnastic ability. For the children, there is only one escape from the Galax-Arena: out of the door and into death.

Galax-Arena was awarded the Children's Book Council of Australia Honour Book – Older Readers in 1993 and was listed in the New York Public Library's Books for the Teen Age in 1996. It was shortlisted for the Alan Marshall Prize and nominated for the Young Reader's Choice Award in 1998. Gillian's theatre adaptation of Galax-Arena was produced by Patch Theatre and the Adelaide Festival Centre Trust in 1995 and won the AWGIE for Best Theatre for Young People the following year.