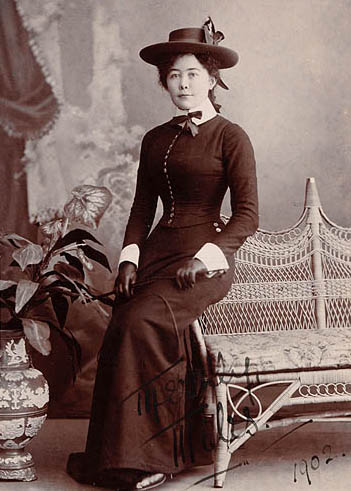 Stella Maria Sarah Miles Franklin was born in Talbingo, New South Wales, on 19 September 1954. Her great-great-grandfather had been transported on the Scarborough in the First Fleet. She began writing in her teens and was published at the age of 22 after sending her manuscript to Henry Lawson. She joined the Fellowship of Australian Writers in 1933 and Sydney PEN in 1935 and supported the fledgling literary journals Meanjin and Southerly. Apart from her writing, she is best known today for founding the Miles Franklin Award, one of Australia's richest literary prizes, given each year to a novel that “presents Australian life in any of its phases.”

Miles Franklin wrote eight novels under her own name, most notably My Brilliant Career (1901), All That Swagger (1936) and My Career Goes Bung (1946), six novels under the pseudonym “Brent of Bin Bin” and three works of non-fiction. She won the SH Prior Memorial Prize in 1936 for All That Swagger and in 1939 for Joseph Furphy: The Legend of a Man and His Book.