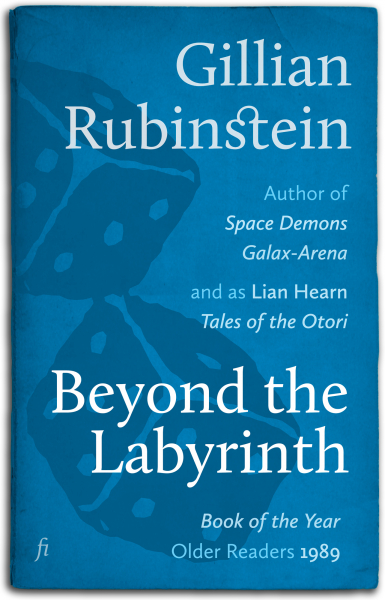 A challenging, mesmerising young adult novel that brings role-playing dice games, the nuclear nightmare, a phantom graffiti artist and a curious alien anthropologist together in a remote beachside town. A Children's Book Council of Australia Book of the Year for Older Readers, Beyond the Labyrinth is a devastating exploration of chance, fate, and love.

Life is difficult enough for Brenton. He can’t get on with his parents, his younger brother is overtaking him in every way and now twelve-year-old Victoria must come and live with them too. Together they meet a stranger on the beach, speaking an unknown language and carrying bewildering technology. This turbulent, powerful novel follows Brenton as he loses himself in his beloved role playing games where the fantasy dangerously shadows real life.

Beyond the Labyrinth won the Children's Book Council of Australia's Book of the Year Award for Older Readers in 1989, and in 1990 it won the South Australian Festival National Children's Book Award and was shortlisted for the Alan Marshall Prize.