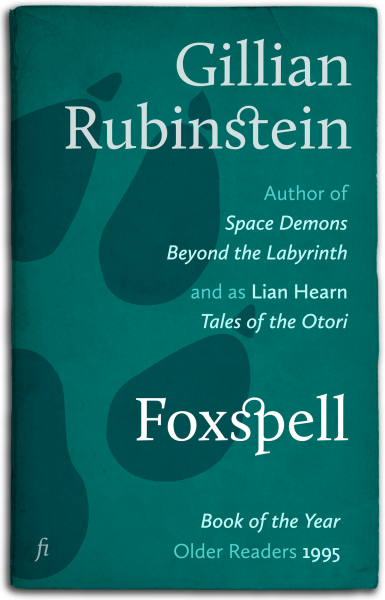 Foxspell is a fable of shape-shifters and animal spirits, of teenage gangs and schoolyard friends and finding your place in the world—or worlds—all concentrated in a dense, vivid corner of the half-wild Adelaide hills. A Children's Book Council of Australia Book of the Year for Older Readers, Foxspell is a mysterious and unforgettable dream.

Deserted by his father, Tod moves with his sisters and mother into his grandmother's house in the foothills of Adelaide, South Australia. He finds refuge in the hills and quarries, where he meets a fox spirit who teaches him to cross between the human and animal worlds. As his family life and his involvement in a local gang become more complicated, the lure of the fox grows ever stronger.

Foxspell won the Children's Book Council of Australia's Book of the Year Award for Older Readers in 1998. That year it was also shortlisted for the New South Wales State Literary Awards and the Alan Marshall Prize.