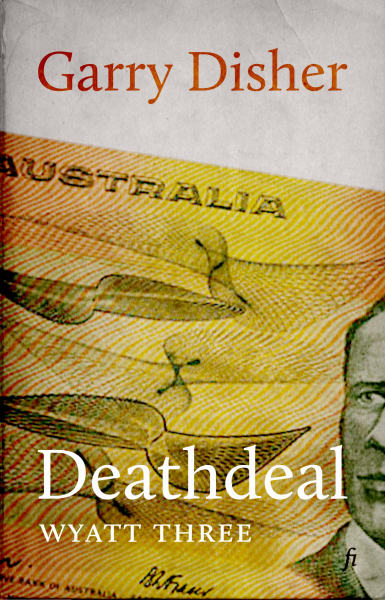 The third Wyatt novel. Patient, exacting and not particularly lucky, Wyatt is a criminal’s criminal and this series is one of the most compelling in Australian fiction.

After the heists gone wrong in Kickback and Paydirt, Wyatt is further down on his luck and deeper in with the Outfit, a network of organised criminals whose attention he’s tried hard to avoid. A risky job in a Brisbane bank and the return of a femme fatale add further complications to Wyatt’s increasingly desperate situation and force him to decide who he is and who he cares about.

“Disher writes with all the compassion of a well-placed bullet in the back of the head.” — J.R. Carroll
“Real books, not junk fiction.” — Booklist
“Wyatt is the sort of character Australian movies are made of.” — Sunday Age
“Wyatt’s as hard-boiled as a hubcap.” — Weekend Australian