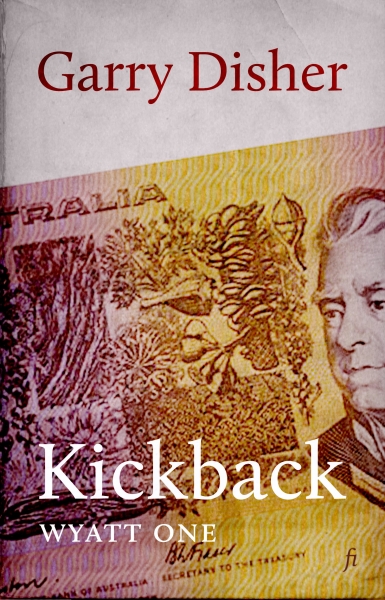 The first Wyatt novel. Professional, methodical and only slightly sentimental, Wyatt is a flinty poem of a criminal and one of the most memorable creations in modern Australian literature.

Wyatt plans to hit a suburban law firm for the settlement money in its safe. But he’s working with cowboys, and the lawyer planning to rip off her boss is a little too mysterious for his comfort. Wyatt’s as good as they come, but everything needs to go like clockwork—and you can’t always plan around human frailty.

This is the perfect introduction to an exquisite series: hard-boiled Melbourne in the time of video rentals and answering machines, paper money, Datsuns and Customlines. It’s as sinewy and efficient as Wyatt himself, superbly crafted and relentlessly tense. And it gets even better from here.

In 2000, Kickback won the international section of the Deutscher Krimi Preis, the oldest and most prestigious German literary prize for crime fiction.

“Garry Disher is a superior writer of crime fiction... Kickback is tough, violent, relentless and thoroughly convincing. It may well become the book by which contemporary Australian crime fiction is measured.” — Stuart Coope

“Disher’s masterly control over detail make Kickback one of the most successful books of its kind.” — Robert Hood

Login to start. Not a member? Join Today!