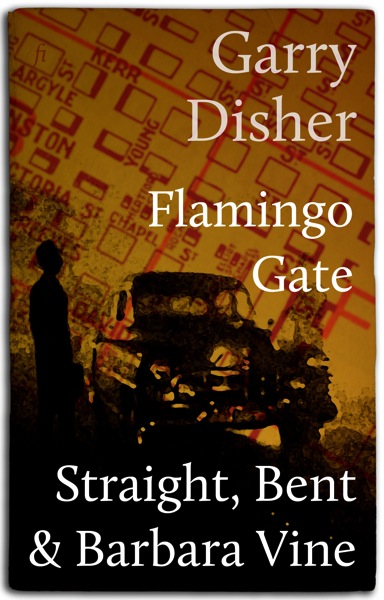 Garry first made his name as a short-story writer (The Age described him as the best in the country) and is probably best known now for his series and standalone crime novels. These two collections intriguingly capture his transition between the two.

Flamingo Gate  comprises a novella and six short stories that circle the Flamingo Gate apartment complex in a distinctly hard-boiled inner-city Melbourne, full of corruption and drifting souls. These are human stories, snatches of conversation and cross-purpose—tied together by a killer stalking the city. It’s a real page-swiper! It was first published as a collection in 1991—the same year that Garry’s first Wyatt novel, Kickback, was released.

Straight, Bent & Barbara Vine came out fifteen years later, in 2006. By then Garry had six Wyatt books under his belt, as well as three of the Challis and Destry novels—not to mention his young adult books and the literary fiction we’ve been privileged to publish. The new collection sees him examining the crime genre from every angle—the inside, the outside, and the inside-out side. To call the stories post-modern doesn’t convey the fun; to call them playful doesn’t do justice to the punch they pack. Highly recommended for fans of the genre—or of genre itself.

Two of the stories appear in both collections, though in different contexts. If you’re worried about paying twice for the same stories—or you just like a bargain—you can buy both collections in one volume for a discounted price.

Put them on your phone, read them on the bus—or the tram, for authenticity. Do yourself a favour.