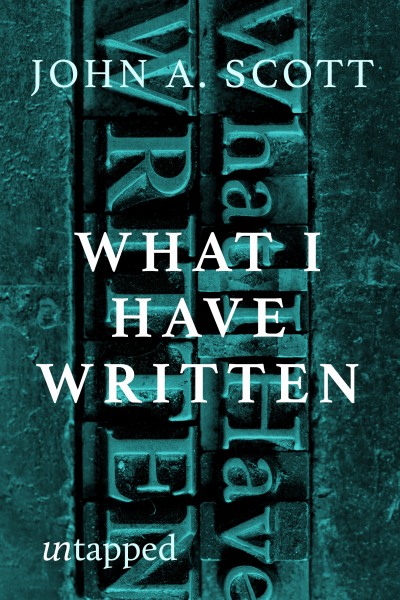 What I Have Written

What I Have Written

First published in 1993, What I have Written won the Victorian Premier’s Award for Fiction in the following year. A film version was released in 1995 and Scott won an AWGIE award for the screenplay.

John Scott is an award-winning poet, short-story writer, scriptwriter and novelist. His poetry collection St Clair (1986), joint winner of the C.J. Dennis Award, is also part of the Untapped Collection. His novels include Before I Wake (1996), Blair (1998) and The Architect (2001).