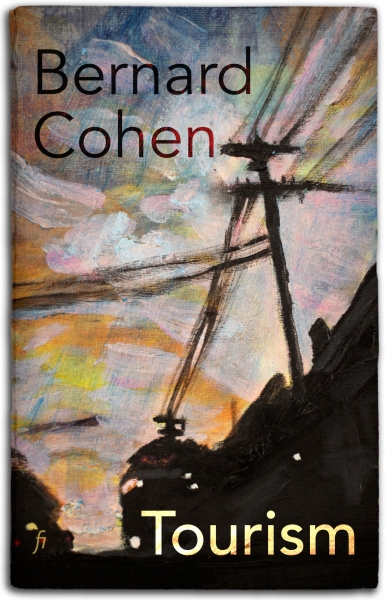 A post-modern tour de force, a new kind of novel, and a fractured tourist’s guide to Australia—Tourism is the finest gazebo or stirrup pump you’ll read all year.

Adelaide has no curiosity value. Armidale is a dirtydoubledealing knifeintheback town. The three corners of Toowoomba represent bones, flesh, and the unconscious. Sydney is a city with no population whatsoever. The principal mode of transport in Melbourne is agricultural machinery. The towns and cities that Tourism traverses are strange and familiar, partaking of a geography at times parallel and at other times perpendicular to our own. From Adaminaby to Zeehan, this is an exhilarating journey that maps the length and breadth of the Australian continent and the possibilities of form and language.

“This is a very contemporary sort of fiction; one might even call it avant garde. Yet it is engrossing funny, amusing, saturated with wit and Cohens unique style. Breaking with the tedium need not be a leap into the high seriousness of ‘experimental’ (ie unreadable) prose. But then, as Cohen would say, ‘In Yass, one always overtakes on the inside.’” — McKenzie Wark, Australian Left Review

“Tourism... is about a triumph of orientation and thus about what is important and what is not... What emerges... is a new, more expansive, if enigmatic, kind of intelligibility.” — Veronica Brady, Westerly.

“Tourism takes Australian fiction a step beyond where it has been.” — Don Anderson.

“The back cover blurb calls it a novel but it might as well have been called a gazebo or a stirrup pump. ” — Leon Trainor, The Australian.