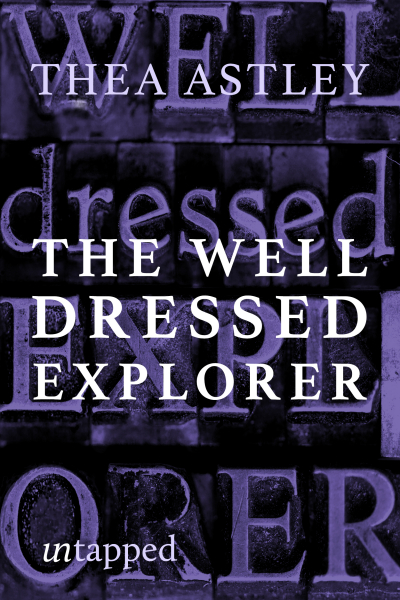 Pompous, vain and a self-professed charmer, George Brewster moves from one unfulfilling journalism job to the next, one empty relationship to another, his faithful wife and daughter ever the afterthought. The Well Dressed Explorer is the story of a man of his time, but as a story of toxic workplaces and an Australia where comfort and self-interest breed men like George, it might well feel familiar to a new generation of readers.

Described as a ‘formidable and enduring novel’ by the American magazine Publishers Weekly on its original publication in 1962, The Well Dressed Explorer won the Miles Franklin Literary Award at same year. Thea Astley AO (1925–2004) went on to win the Miles Franklin Literary Award three more times, for the novels The Slow Natives (1965), The Acolyte (1972) which is also part of the Untapped Collection, and Drylands (1999). Other awards for her work include The Age Book of the Year, the New South Wales Premier’s Literary Award’s Christina Stead Prize for Fiction, and the Queensland Premier’s Literary Award for Best Fiction Book. She also received multiple personal awards including, in 1989, Patrick White Award and in 2002, a New South Wales Premier’s Special Award for a lifetime’s achievement in literature.