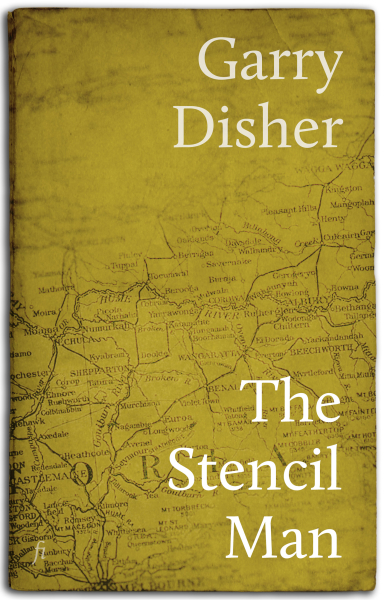 A concentration camp—on Australian soil. Men are separated from their families by barbed wire. They have committed no crimes; they try to explain to their children that they're not in prison. It feels like prison. They’re told it’s only temporary, there are processes in train. Nothing changes. There are riots. Plans to escape. It is 1942.

Garry Disher’s second novel is an unflinching look at an episode in Australia’s past that has become chillingly resonant in recent years. It is a study of prisoners—here internees—driven to desperation by thoughtless bureaucracy, by prejudice, by the arbitrary exercise of power. It is a lesson in the consequences of fear. And it is the story of a man who worries for his children and will do anything—almost anything—to find his way back to them.

Garry writes: “The Stencil Man stems from research I did for an Australian History textbook, in which I uncovered letters from Germans and Italians who had been interned as a security risk in World War 2. This happens to the main character, Martin Linke, who is politically naïve, anxious and bewildered. He makes stencils of his German past to send to his children, who are being minded by his sister-in-law. Afraid that his hated ex-wife will take them from him, knocked back when he appeals to the tribunal for release, and worried about bullying from pro-Nazi elements inside the internment camp, he escapes…”

“This brief novel is an uncomfortable and challenging piece of fiction.” The Australian

“A spare and quietly suggestive novel about an ungracious world and ironies of displacement.” Helen Daniel, The Good Reading Guide