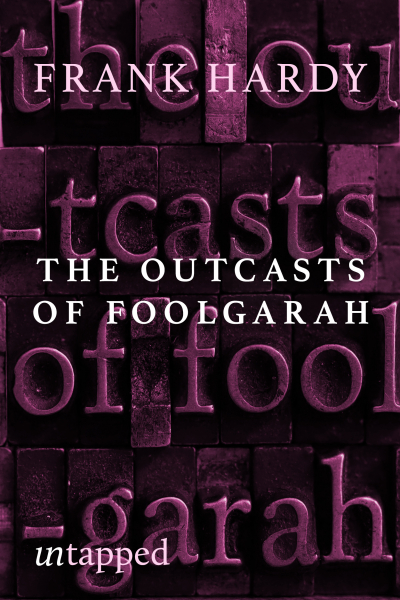 A ‘illegal’ strike by two garbos has unexpected and far reaching consequences in this outrageous political satire. By turns, The Outcasts of Foolgarah is angry, funny, offensive, outrageous and disturbing.

On its first publication, Geoffrey Dutton wrote of The Outcasts of Foolgarah that it was ‘more genuinely Australian than The Weird Mob and much wider in the range of its humour and satire than Here’s Luck.’ He went on. ‘They’re a Weird Mob caught the idiom but flattered us, Hardy knows the idiom even better and doesn’t flatter anyone.’ Certainly not politicians!

Frank Hardy (1917–1994) was a journalist, playwright, scriptwriter and award-winning novelist. His works include the bestselling Power Without Glory (1950), the powerful The Unlucky Australians (1968 – also in the Untapped Collection), and the internationally acclaimed But the Dead Are Many: A Novel in Fugue Form (1975). He was described by Jack Waterford in The Canberra Times as ‘a socialist with a streak of the larrikin, a supporter of the underdog and one of Australia’s best yarners and story-tellers’.