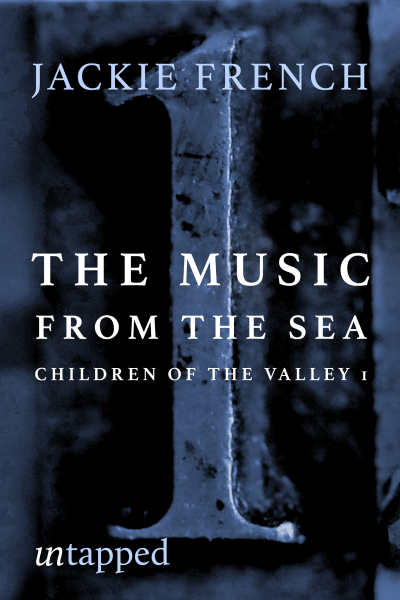 The Music from the Sea

The Music from the Sea

Sea levels have risen, the winds are wild, and the sun is so hot that you can’t go out during the day. So Possum and Mopoke live like wombats, sleeping during the day and venturing out at night. They’re lucky they’re in the Valley, where it’s safe and protected, but they know there’s a world outside – the Collectors go there, scavenging for metal and plant species. And there are stories. When they hear one about mysterious music coming from an island with a gleaming tower, they decide to go in search of it, with Desert Wind, an old Collector, as their guide...

First published in 1993, The Music from the Sea is the first book in internationally bestselling and much loved author Jackie French’s Children of the Valley series, a five-part dystopian series written long before the trend for dystopian children’s and young adult fiction emerged – and climate change was a global concern.

According to her website, ‘Jackie French AM is an Australian author, historian, ecologist and honorary wombat (part time), 2014–2015 Australian Children’ Laureate and 2015 Senior Australian of the Year.’ She’s written over 200 books, which range from picture books and books for younger readers, to historical fiction for adults, to non-fiction about gardening and ecology. Her books have been won a wide range of prizes both in Australia and internationally. For more visit www.jackiefrench.com