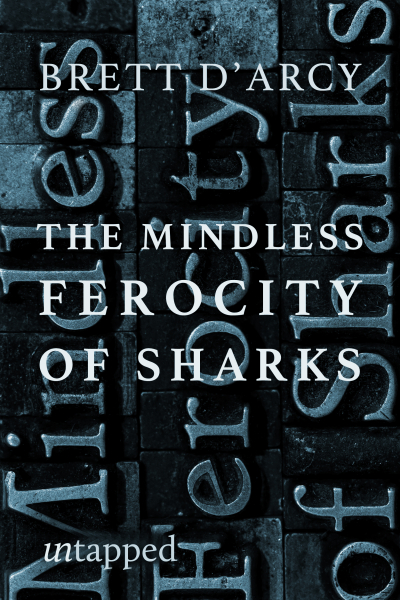 The Mindless Ferocity of Sharks

The Mindless Ferocity of Sharks

Floaty-boy lives in a Western Australian coastal town, where the surf is great, the economy is dire and his home life is tricky. His dad’s a surfing legend but has no interest in growing up, his mum’s trying to deal with his dad and a baby, and his older brother’s run off somewhere—probably in search of a wave. And there’s something going on with Floaty-boy. He’s on the kind of medication that can numb a person and his view of the world isn’t like anyone else’s. The water helps, especially swimming at night. When the sharks do.

This may be sounding a little Tim Winton-esque, but critic Peter Pierce, writing in Australian Book Review in 2003 when the novel was first published, suggests it’s more ‘Tim Winton on speed’. Pierce had, in fact, begun the review by announcing: ‘Brett D’Arcy’s novel, arrestingly titled The Mindless Ferocity of Sharks, is one of the most unusual and accomplished to be published in Australian for years.’ He went on to write, ‘The management of Floaty-boy’s narration is the technical triumph of the novel. The events around him have the heightened and disconnected qualities of a dream. … It is as though we are dropped into a hyper-naturalistic stage set.’

The Mindless Ferocity of Sharks won the Western Australian Premier’s Award for fiction in 2003 and was shortlisted for the Colin Roderick Award the following year. Film rights are currently under option.

Brett D’Arcy is an award-winning novelist, short story writer, essayist and critic. He lectures in the Faculty of Media, Society and Culture at Curtin University of Technology in Western Australia.