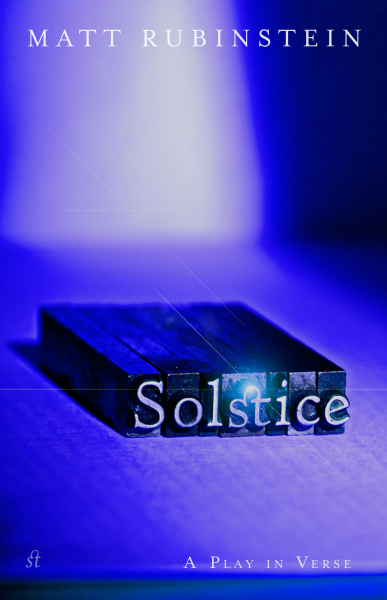 Solstice is a play in verse set over the twenty-four hours of the longest day of the year, in Adelaide, South Australia. It is a story of love and exploration told in sonnet form, one verse for each few minutes of the day. It shows how much can change in a day — the whole world, and at the same time nothing at all.

In the original production, the sonnets of the play are spoken by the characters and half-spoken, half-sung by the Chorus. The jazz was half-scored, half-improvised, and the production was staged outdoors in the amphitheatre at the Adelaide Festival Centre. Its capacity of around 2,000 seats was sold out almost every night, though one performance was cancelled due to rain.

The original production used eight actors and three musicians; this could easily be reduced to five actors with doubling and all actors participating in the chorus. Alternatively it could be expanded to a larger group with a full chorus of many voices. It would be ideal for students studying Shakespeare due to the sonnet form of the play and the references to A Midsummer Night's Dream.