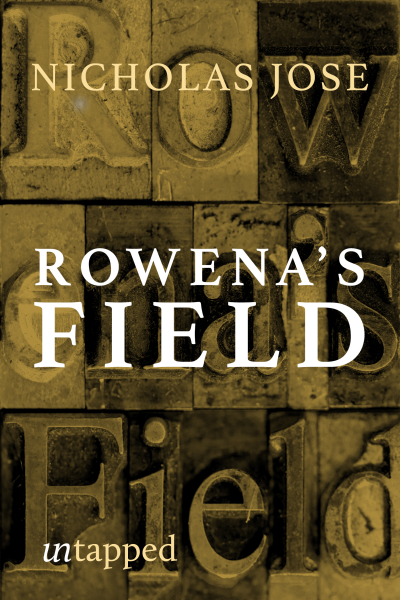 Finishing school is an intoxicating feeling; life is about to begin. Who will you be? How will you know? What will it take to find out?

It’s 1970 and Rowena Sonner is confronting these three questions. For her, the answer is to escape—first, from her upper middle class family’s expectations; then from conservative Adelaide and Australia itself—and to live. To love, lose, and learn from it all.

Rowena’s Field captures the generational, class, and cultural tensions of the seventies while exploring timeless questions about how we become ourselves.

‘Men rarely explore the domestic, rarely write the adventures of people’s lives, certainly rarely of women’s lives. For two reasons, then, this book has the fascination of the unusual, the unexpected. Does it work? Yes. Brilliantly.’ — Marion Halligan, The Canberra Times, 1984

First published in 1984, Rowena’s Field, Nicholas Jose’s debut novel, was shortlisted for The Australian/Vogel Award for an unpublished manuscript the previous year.

Nicholas Jose is an acclaimed author and Professor of English and Creative Writing at The University of Adelaide. He’s written seven novels, two collections of short stories, a memoir and was general editor of the Macquarie PEN Anthology of Australian Literature (2009). For more information visit www.nicholasjose.com.au.