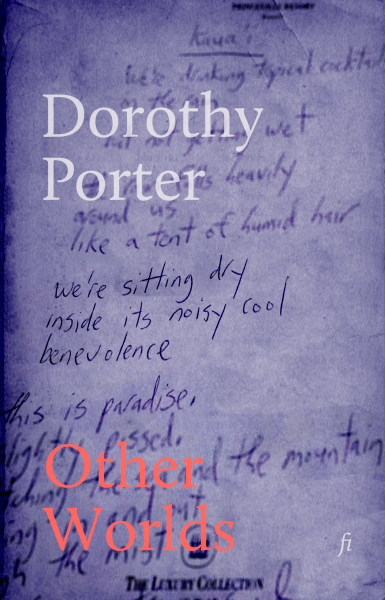 Dorothy Porter’s sixth poetry collection (1997–2001) travels the solar system for comets, distant moons and other heavenly bodies before returning to South America and the Northern Territory and finishing with a selection of commissioned works—including one for the 2000 Sydney Olympics and one for the collection Dick for a Day.

This collection sees a number of emerging themes and images that Dorothy Porter would further explore in later works such as her verse novel Wild Surmise—which was short-listed for the Miles Franklin Award in 2003 and won the Adelaide Festival Award in 2004. It is a wonderful collection illustrating a key era in the evolution of one of Australia’s most cherished poets.

“A powerful book, filled with poems that have the power to move deeply. They are visual, grand, rich and intense, leaving the reader hungry and satiated at the same time.” — Compulsive Reader

Includes Other Worlds, Poet in Medellin, The Northern Territory and On Request.