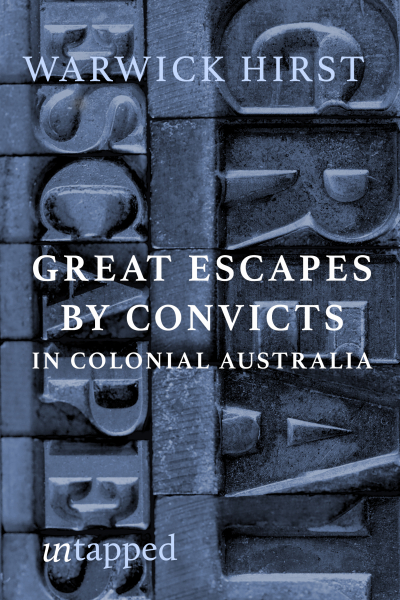 Six vividly told true stories of daring, desperate and dangerous escape attempts by colonial era convicts. Just how did Mary Bryant make it from Sydney to Timor in an open boat? And how did the murderous cannibal Alexander Pearce managed to escape not once, but twice, and with what dire consequences?

Based on original documents and accounts, this book is a story of human endeavour and resourcefulness—and those who’ll fight for their liberty no matter the cost. First published in 1999; this revised edition was published in 2003.

Warwick Hirst is an archivist who has also worked as the Mitchell Library’s Curator of Manuscripts, and writer of narrative non-fiction. His books include My Dear, Dear Betsy (1993), Great Convict Escapes in Colonial Australia (1999; 2003), The Man Who Stole the Cyprus (2008) and most recently, Wreck (2015).