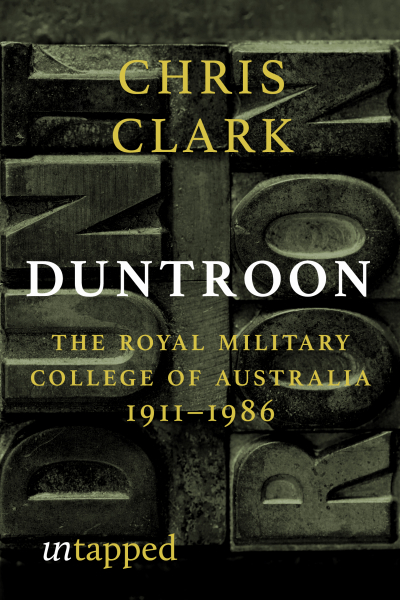 When the Royal Military College of Australia opened on a former sheep station in 1911, it was the first federal institution established in the national capital. The college continues to train the Australian Army’s officer corps even today. First published in 1986, this is the story of a small, sometimes controversial institution and its impact on Australian society, the Canberra community and the Australian military over the first 75 years of its existence.

Chris Clark is an acclaimed military historian. His books include The Diggers (1993), Breaking Free (Australian Defence Industry) (1999), The Encyclopaedia of Australia’s Battles (revised, 2010) and a revised edition of The Third Brother (RAAF 1921–39) (2021).