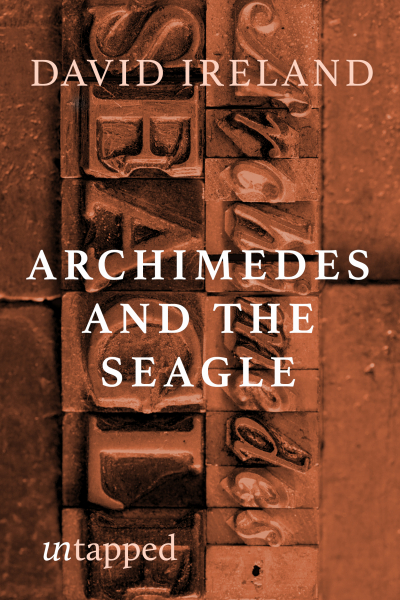 Archimedes and the Seagle

Archimedes and the Seagle

This award-winning novel is the story of Harrison B. Guest, or Happy for short, an Irish Setter who has taught himself to read and write. Also known as Archimedes, Happy walks the streets pondering life’s big issues: religion, death, the inequality between humans and animals. He also understands seagulls.

‘At times thoughtful, at times hilarious, this is the work of a truly gifted writer.’ —  Publishers Weekly, US.

First published in 1984, Archimedes and the Seagle won the Australian Literary Society Gold Medal in 1985.

David Ireland AM is the author of three Miles Franklin Literary Award-winning novels: The Unknown Industrial Prisoner (1971), The Glass Canoe (1976), and A Woman of the Future (1979), also joint winner of The Age Book of the Year in 1980. His most recent novel is The World Repair Video Game (2015), shortlisted for the Prime Minister’s Fiction Award in 2016. In 2013, he was the recipient of the New South Wales Premier’s Special Award for a lifetime’s achievement in literature.