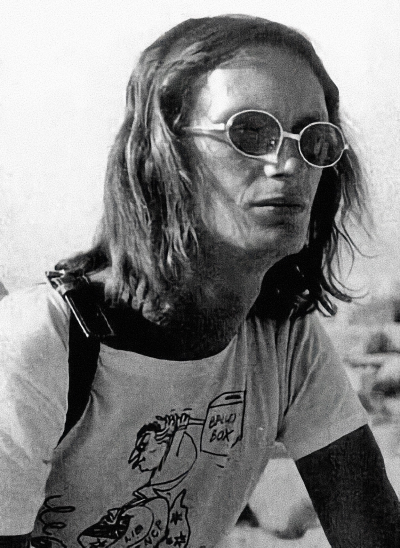 Martin Johnston (12 Nov 1947–21 Jun 1990) was an Australian poet and writer. He was born in Sydney to the celebrated writers Charmian Clift and George Johnston. He spent much of his childhood on the Greek islands of Kalymnos and Hydra before returning to Australia. After university and a few years as a journalist he committed to life as a poet and freelance writer.

Collections of Martin's poetry published during his lifetime are shadowmass, Ithaka, Modern Greek Poetry in Translation, The Sea-Cucumber and The Typewriter Considered as a Bee-Trap. In 1993 the poet, publisher and editor John Tranter published many of Martin's poems in Martin Johnston, Selected Poems & Prose. To commemorate the 30th anniversary of Martin's death, Ligature is publishing a selection of Martin's poetry with a new introduction by Nadia Wheatley.