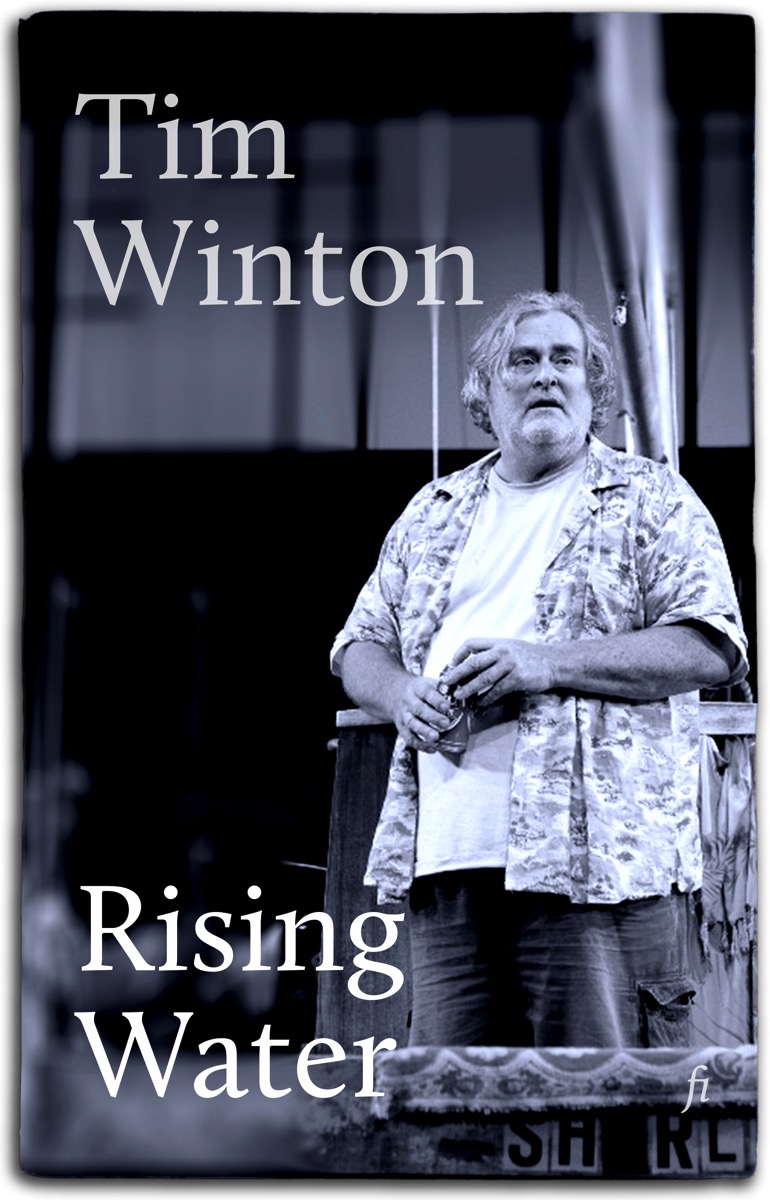 It’s been a minute since our last release, but this is worth the wait – introducing Rising Water, the first play by one of Australia’s most popular and awarded writers, Tim Winton.

Rising Water takes place on a boozy Australia Day in a Fremantle marina, where it winds through the lives and histories of three “live-aboards”—Baxter, Col and Jackie, the residents of the permanently moored Shirley, Goodness and Mercy respectively. Jackie is—among other things—a refugee of Tim’s story “Boner McPharlin’s Moll” from his collection The Turning, itself now also a play and a movie; and the other characters also feel like they belong in the same Winton universe: they’re full of life and secrets, capable of great vulgarity and lyricism, irrepressible and unforgettable.

The play combines the wit and tenderness of Tim’s novels with the rhythm and texture that the theatre allows, soaring and diving between the Australian vernacular and language heightened to poetry. It was first performed in 2011 by the Black Swan Theatre Company and has toured nationally. The electronic edition includes stills from the original production and is a must-read for any fan of Tim Winton or Australian theatre. It’s on sale now from all the usual outlets, DRM-free as always.