Einstein’s Heroes: Imagining the World through the Language of Mathematics 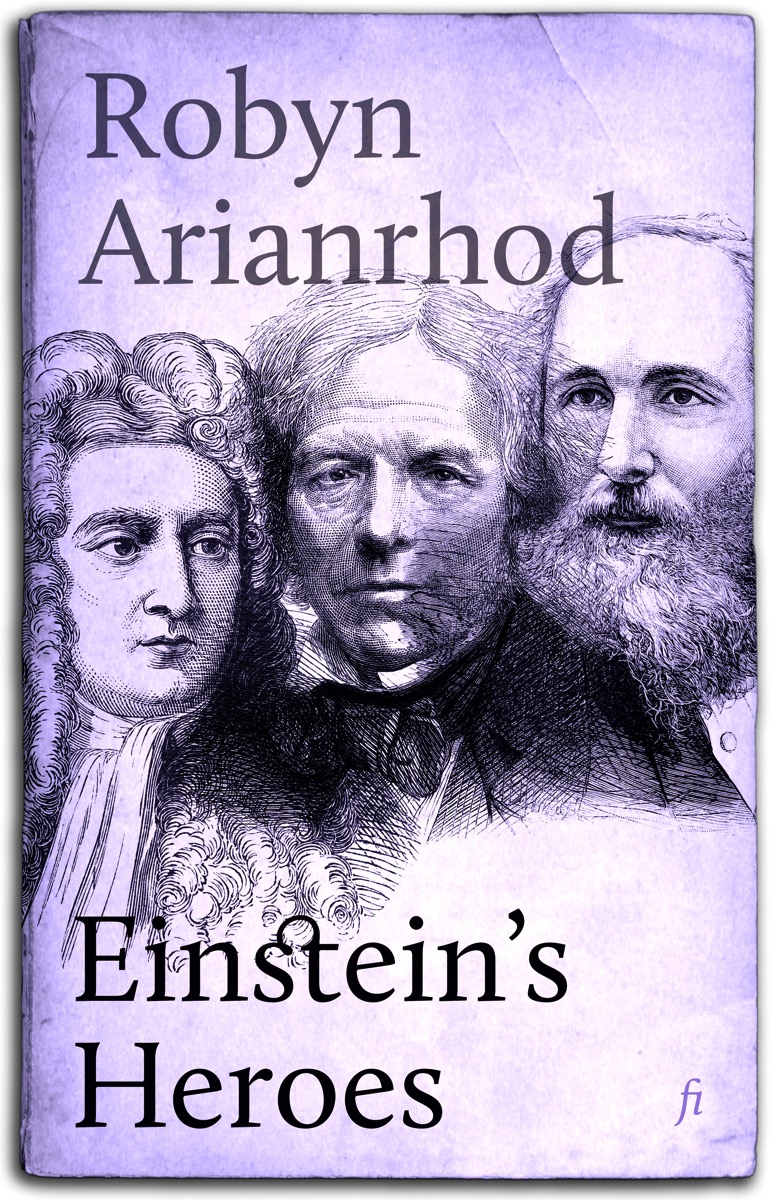 This month we take a fascinating diversion into science non-fiction with Robyn Arianrhod’s first book, Einstein’s Heroes: Imagining the World through the Language of Mathematics, which explores the language of mathematics and the laws of electromagnetism through the lives of Albert Einstein’s three heroes: Sir Isaac Newton (1643–1727), James Clerk Maxwell (1831–1879) and Michael Faraday (1791–1867). Einstein’s Heroes was first published in 2003 in Australia and later in the United Kingdom, the United States, Japan, France and Turkey. It was shortlisted for the 2004 Age Non-Fiction Book of the Year and the 2004 Victorian Premier’s Prize for a First Book of History.

Robyn is an Adjunct Research Fellow in the School of Mathematical Sciences at Monash University and has since written Seduced by Logic: Émilie Du Châtelet, Mary Somerville and the Newtonian Revolution—about two self-taught mathematicians who became world authorities on Newtonian mechanics a century apart—and Young Einstein: and the story of E=mc², which has become one of the best-selling Kindle Singles in the science category. Einstein’s Heroes established Robyn as a masterful writer and researcher who effortlessly weaves history and personality with scientific theory and practice. It combines diagrams and poetry, formulas and anecdotes, and a deep understanding of both mathematics and storytelling.

A tantalising précis of Einstein’s Heroes appears in Robyn’s recent article for The Conversation, “Let there be light! Celebrating the theory of electromagnetism”, which marks January 2015 as the 150th anniversary of the theory of electromagnetism. You can also listen to Robyn’s recent conversation with Richard Fidler for the ABC, and watch her twilight lecture on “Mathematical Love Stories: Writing popular scientific biography and history” for the Melbourne University graduate union.