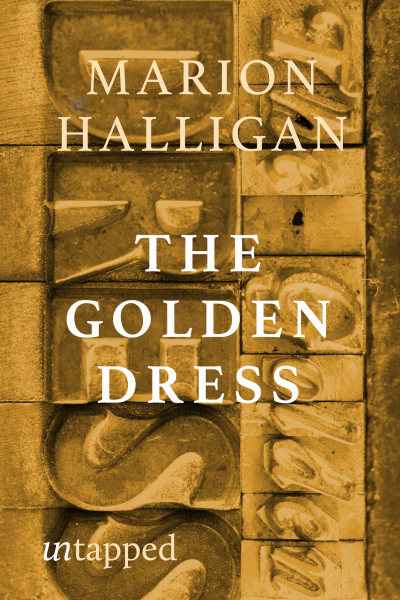 Molly Pellerin wears a home made dress to a party. It’s beautiful, magical—golden. And in wearing it, she, too, is transformed. This dress is at the centre of Marion Halligan’s award-winning, globe-trotting tale of mothers, sons, lovers, and family secrets.

‘This novel is eloquent and affecting. It is complex and, for me, the most satisfying of Halligan’s writing so far. Spanning generations of lives in Newcastle, and stretching across Sydney and Paris, it is full of serious intrigue and delicate investigations of familial matters and intimacy.’ So writes Terri-ann White in Australian Book Review at the time of The Golden Dress’ first publication. She concluded: ‘I wanted to start from the beginning again as soon as I was finished, now that I had found out so much about these characters … And when I did I recognised much more, including the sleight of hand within the narrative, and admired it even further.’

First published in 1996, The Golden Dress was shortlisted for The Age Book of the Year and the Miles Franklin Literary Award.