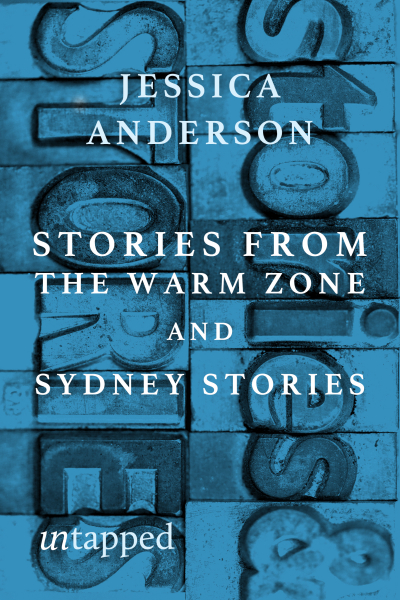 Stories from the Warm Zone and Sydney Stories

Stories from the Warm Zone and Sydney Stories

Jessica Anderson’s multi-award-winning two-part short story collection contrasts the warmth and innocence of a child’s world in Brisbane between the wars with the harsh realities of adult life in 1980s Sydney.

First published in 1987, Stories from the Warm Zone and Sydney Stories won The Age Book of the Year Award and The Barbara Ramsden Award. It was shortlisted for the NBC Banjo Award, and commended in the FAW ANA Literature Award.

Jessica Anderson (1916–2010) was a novelist and short story writer. Her books include The Commandant (1975), Tirra Lirra By the River (1978) which won the Miles Franklin Literary Award in 1978, and The Impersonators (1980), which won the same award just two years later, along with the Christina Stead Prize for Fiction (1981). Her 1989 novel Taking Shelter is also in the Untapped Collection.