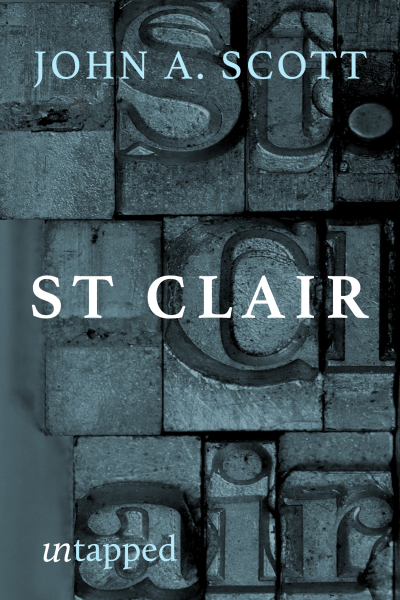 Reviewing Scott’s most recent novel, N, for The Age in 2014, critic Peter Craven began: ‘Back in the late 1960s when drugs and Vietnam were all the go, when Albert Langer fomented revolution and Elijah Moshinsky directed plays, Monash University sported a young poet called John Scott. It was a good period and a good place for poetry: Scott’s fellow Monash poets included Alan Wearne and Laurie Duggan. But the man who looked and sounded like a poet, the one with the Dylan Thomas gift, was Scott.’

St Clair is evidence of that gift. First published in 1986, it won the Newcastle Poetry Prize and was joint winner of the C.J. Dennis Prize for Poetry.

John Scott is an award-winning poet and novelist, and the author of 16 books. These include the Victorian Premier’s Award-winning What I Have Written (1993), also part of the Untapped Collection, The Architect (2001) and, most recently N (2014).