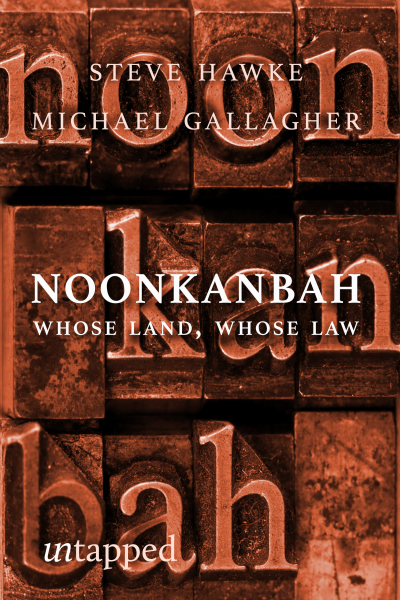 The multi-award-winning first-hand account of the dispute over the proposal to mine sacred land at Noonkanbah Station in Western Australian in 1978. The proposal led to walk-offs, a blockade, government intervention, and the formation of the Kimberley Land Council. The dispute became a landmark Indigenous land rights campaign.

On the launch of an exhibition in 2018 to mark Noonkanbah’s 40th anniversary, Kimberley Land Council Acting Chief Executive Officer Tyronne Garstone described the dispute as a ‘David and Goliath battle’.

First published in 1989, Noonkanbah won the Human Rights Australia Literature Award that same year. The following year it won the National Book Council Award for Non-Fiction and the Special Award in the WA Week Literary Awards.

Steve Hawke is a novelist, playwright and award-winning non-fiction author. His most recent work is The Valley (2018). Michael Gallagher worked as a photographer from from 1978 to 1986. His projects included assisting the Noonkanbah Community, the Kimberley Land Council and the Swan Valley Fringedwellers with documentation in their campaigns. After this period he worked as a historian and anthropologist in heritage and native title matters in Western Australia.