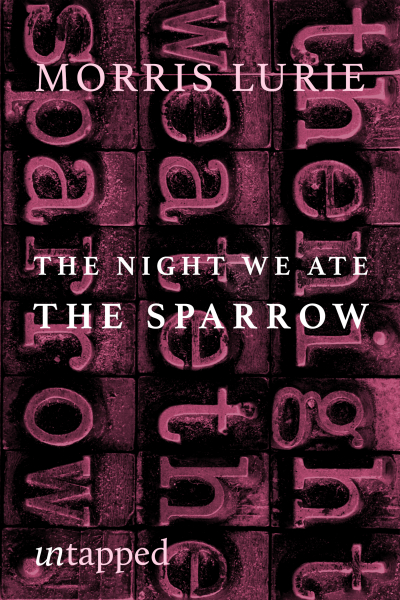 The Night We Ate the Sparrow

The Night We Ate the Sparrow

Acclaimed short story writer Morris Lurie lures the reader into a world where a world famous engineer is mourned by his four ex-wives who meet once a month (along the one who would have been number five) while his son, the narrator, travels the globe trying to work out how not to run from love; an art critic’s (good) advice takes years to digest; a middle-aged man recalls being a young Adonis and how it worked for him as a door-to-door salesman; a father is always given the same present; while in the title story, a twenty-six-year-old in swinging London with an acrylic fake fur overcoat finds himself in hospital and very hungry...

‘Lurie is sentimental and cynical at once. He knows it, he exploits the paradox, and finally it’s his personality, charming, sensitive, a bit of a bastard, that makes them [the stories] work, through the medium of his prose with its warm poetic vernacular rhythms, persuading us just to listen ...’ — Marion Halligan, The Canberra Times

First published in 1985, The Night We Ate the Sparrow was joint runner-up, National Book Council Awards for Australian Literature in the same year.

Morris Lurie (1938–2014) was a novelist, memoirist, award-winning short story writer and children’s author. His short stories have been published in widely in magazines, newspapers and literary journals such as The New Yorker, The Times, The Telegraph, Meanjin and Overland. His books include The Twenty-Seventh Annual African Hippopotamus Race (1969), Flying Home (1978), The Night We Ate the Sparrow (1985), Whole Life (1987) and Madness (1991). In 2006, he was the recipient of the Patrick White Award.