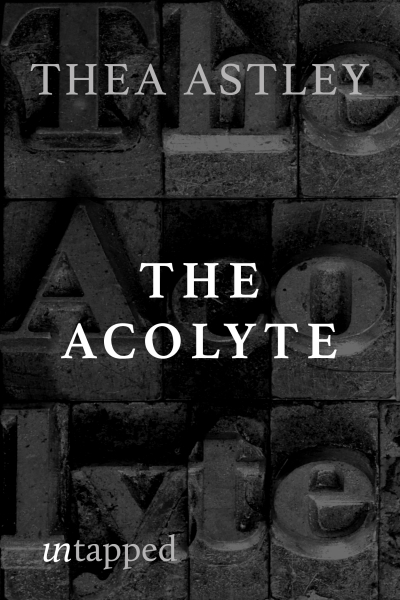 Jack Holberg is a blind musician and composer from Queensland who becomes world famous. Paul Vesper, ‘the acolyte’ of the title, tells the great man’s story—and his own—in this dark, funny portrait of an artistic genius and those who worshipped, and suffered, at his feet.

Thea Astley, AO (1925–2004) won the Miles Franklin Literary Award four times, for The Well Dressed Explorer (1962), also in the Untapped Collection, The Slow Natives (1965), The Acolyte (1972) and Drylands (1999). Other awards for her work include The Age Book of the Year, the Christina Stead Prize for Fiction and a Queensland Premier’s Literary Award. She also received multiple personal awards including, in 1989, the Patrick White Award and, in 2002, a New South Wales Premier’s Award for a lifetime’s achievement in literature.