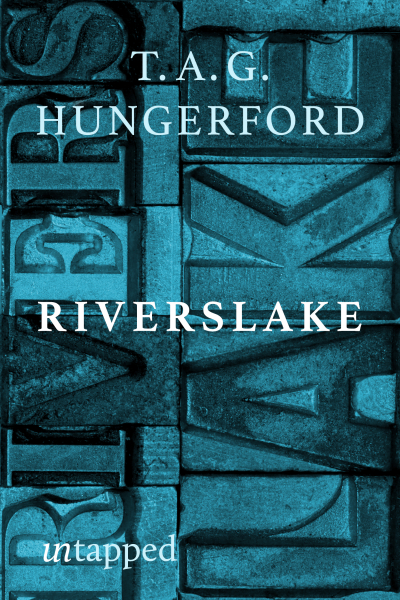 Bob Randolph, a veteran of World War Two, finds a job working in the kitchen of Riverslake, a workers hostel just outside Canberra. He witnesses ‘New Australians’ being subjected to racism and discrimination – while he’s subjected to the attentions of a married woman.

‘This is a fierce book, swept by sudden gusts of savage anger against things that are happening and chances that are being wasted in Australia today. It gets to the very heart of the migrant assimilation problem.’ — News (Adelaide), 1953

‘T.A.G. Hungerford has written a first-class Australian novel, a novel which should bring him recognition far beyond the English-speaking world.’ — Emery Barcs, The Daily Telegraph, 1953

First published in 1953, Riverslake is one of the earliest novels to be set in Canberra and remains one of the few to be set in the nation’s capital; its subject – immigration and assimilation – remains as current as it ever was. It was serialised for ABC Radio in 1953.

T.A.G. Hungerford AO (1915–2011) was a journalist and author of a range of works including novels, short stories, poetry, non-fiction and children’s fiction. His books include The Ridge in the River (1952), winner of the ALS Gold Medal; Sowers of the Wind (1954) and Stories from Suburban Road (1983), winner of the Prose Fiction section of the Western Australia Week Literary Awards. He was the recipient of the Patrick White Award in 2002, and the T.A.G. Hungerford Award for an unpublished manuscript – now City of Fremantle Hungerford Award – was established in his name.