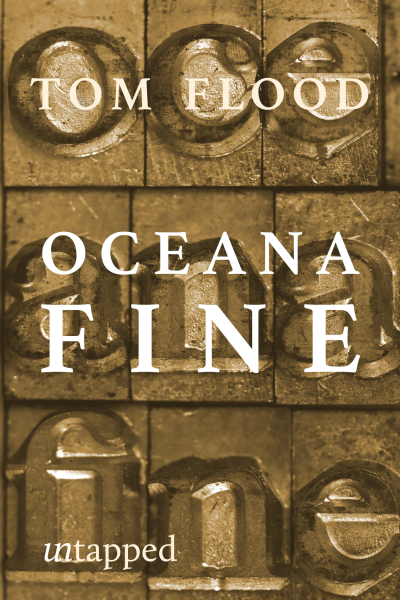 Fin Torrent is a student who’s gone to work in the West Australian wheatbelt for the holidays. He’s looking for something ‘in nature’. Nothing could have prepared him for what he finds in this hard, unforgiving landscape.

Set in the 1980s, Oceana Fine is a multi-award-winning genre-defying novel in which, as the Sydney Morning Herald put it, ‘violence rubs shoulders with a strange lyricism’.

‘Oceana Fine is the name of a new strain of wheat – but there is nothing of uniformity in the novel of that name. It sticks up from the plain of naturalism more jagged and more distinctive than a silo. From realism almost to surrealism, this is a novel always original, exciting, different. Go for it! And three cheers for Tom Flood, a new author with ideas and daring!’ — Geoffrey Dutton

Writing on Tony Hughes-d’Aeth’s Like Nothing on this Earth: A Literary History of the Wheatbelt for Australian Book Review, Delys Birth calls Oceana Fine ‘Tom Flood’s single, early, neglected, prize-winning novel’. Its inclusion in the Untapped Collection means it will be neglected no longer.

Oceana Fine won The Australian/Vogel National Literary Award in 1988. It was published the following year and in 1990 won both the Victorian Premier’s Literary Award (Fiction) and the Miles Franklin Literary Award.