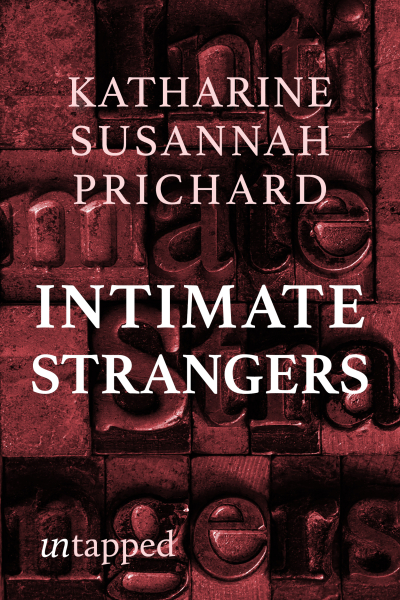 As Prichard’s biographer Nathan Hobby writes, ‘The characters’ ponderings on how to find happiness and satisfaction in life and particularly marriage are themes which resonate today as well...’

Intimate Strangers was first published in 1937 and adapted for television in 1981. Nathan Hobby’s biography of Katharine Susannah Prichard, The Red Witch, will be released in May, 2022, by Melbourne University Press.

Katharine Susannah Prichard (1883–1969) was a journalist, short story writer, playwright, pamphleteer, writer of children’s books, and a novelist. Her best known novels include The Pioneers (1915) which won the Hodder and Stoughton All Empire Literature Prize for Australasia, Working Bullocks (1926), also in the Untapped Collection, Coonardoo (1928) which won The Bulletin Novel Competition that year, Haxby’s Circus (1930), Intimate Strangers (1937) and the Goldfields trilogy, which began with The Roaring Nineties (1946).