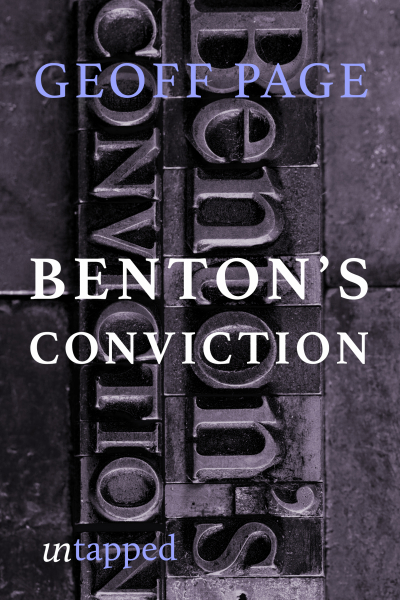 In the aftermath of Gallipoli and in the shadow of the enduring war in Europe, Reverend David Benton preaches opposition to the war – and fights against conscription in the small town of Geradgery. It’s a dangerous position to take.

David Mathews, in Australian Book Review, wrote of the novel: ‘because he concentrates on an aspect [of the war] which hitherto has not been fully explored, and sustains the work with deft prose, Page has succeeded in producing a novel of originality and consistent interest.’

First published in 1985, Benton’s Conviction was shortlisted for the National Book Council Award for Australian Literature.

Geoff Page is a poet, critic and novelist. Benton’s Conviction was his debut novel. His other works include Darker and Lighter (2001), winner of the Grace Leven Poetry Prize, and The Indigo Book of Modern Sonnets (2003), winner of the ACT Writing and Publishing Awards. He was awarded the Canberra Critics Circle Award in 2012 for Coda for Shirley (2011).