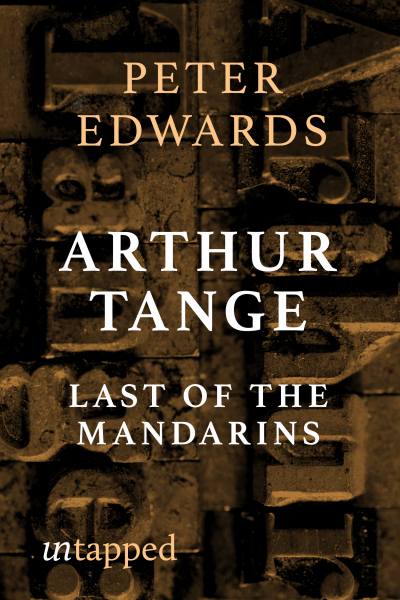 Sir Arthur Tange was one of Australia’s most influential public servants during the latter half of the 20th century. This award-winning biography examines the career of a man who served the Chifley, Menzies, Gorton, McMahon, Whitlam and Fraser governments at a time when department heads still wielded considerable power.

Reviewing the book in the Australian Financial Review on its initial publication in 2006, Geoffrey Barker declared it was ‘a book that deserves to be compulsory reading for all Australians interested in foreign policy, national security and the complex relationships between senior public servants and their political masters. Edwards has, in fact, used the life of Arthur Tange (1914–2001) as a prism through which to reveal enduring issues in Australian foreign and defence policy and in national government administration from World War II to the present. Edwards’s portrayal of the legendary bureaucrat who headed and shaped both the Foreign Affairs and Defence departments fully captures his complexity and controversial personality. Tange was intelligent, fearless, autocratic, hierarchical and foul-tempered – and capable of charm and kindness. He was also, as his foreign and defence policy advice to coalition and Labor governments revealed, a patriot who consistently sought to place Australia’s national interests first and to ensure a realistic match between Australia’s international ambitions and its economic capacities.’

Arthur Tange won the Queensland Premier’s Literary Award for History and the WA Premier’s Non-Fiction Award, and was short-listed for the National Biography Award.

Peter Edwards AM is an acclaimed writer and historian. His other works include A Nation at War: Australian politics, society and diplomacy during the Vietnam War 1965–1975 (1997), Australia and the Vietnam War (2014) and Law, Politics and Intelligence: A life of Robert Hope (2020).