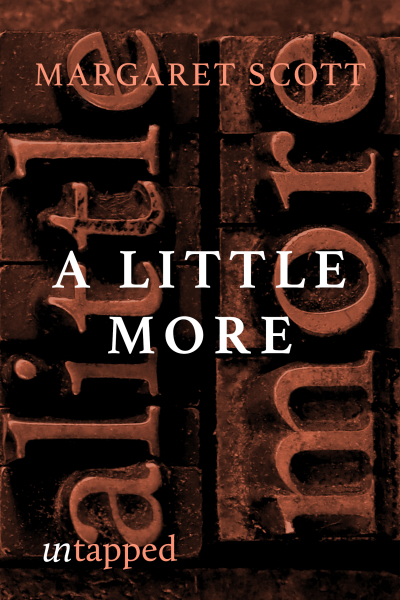 In 1999, Margaret Scott contributed an essay to 40 Degrees South magazine. It began, ‘If The Age and the Sydney Morning Herald are to be believed, I have, late in life, changed from being “a little known poet” to a “cultural icon”.’ This collection of her essays, poetry, extracts from her books and tributes from her friends celebrates a woman comedian Mikey Robins describes as ‘a bloody legend’.

A Little More was first published in 2005, shortly after Margaret Scott passed away. She was involved in the selection of the pieces.

Margaret Scott (1934–2005) was an award-winning poet, academic, novelist and non-fiction writer. She was awarded the Centenary Medal for outstanding contribution to Tasmanian literature.